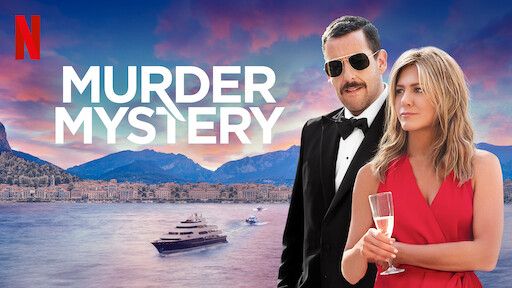 I generally don’t watch movies during dinner, but this movie, Murder Mystery, has been on my watch list for a long time. So tonight, while having dinner, I finally watched it, and I totally enjoyed it.

Another reason for me to go for it is that I like Jennifer Aniston and Adam Sandler. So let’s talk about the movie.

“Murder Mystery” is a Netflix original film starring Jennifer Aniston and Adam Sandler. The movie follows the story of a New York City police officer (Sandler) and his wife (Aniston) who go on a long-awaited European vacation. However, their trip takes an unexpected turn when they are invited to a billionaire’s yacht and become suspects in his murder.

Aniston and Sandler have great chemistry on screen, with Aniston playing the straight-laced wife to Sandler’s comedic bumbling detective. The film also boasts a talented supporting cast, including Luke Evans and Terence Stamp, who add depth to the story.

The plot of “Murder Mystery” is full of twists and turns, keeping audiences guessing until the very end. The film also offers a good balance of comedy and suspense, making for an enjoyable watch.

However, some critics have noted that the film’s ending feels rushed and unsatisfying. Additionally, the film’s humour is not for everyone, as it relies heavily on slapstick comedy.

Overall, “Murder Mystery” is a fun and entertaining film that is perfect for a lazy weekend watch. With a talented cast, a well-written plot, and a good balance of comedy and suspense, the film is sure to delight audiences. However, it might not be for everyone, so it’s worth watching with lower expectations.