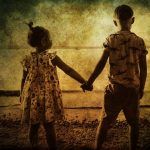 Note: This story is written by Author Suman Mukherjee, He is the author of six books which are already doing well. So, today's tale is by him. You can also follow his stories on oops.in.     Their parents loved them with the power of a thousand suns. Aditi had a heart as big as sunflower and her brother Aarav had that cheeky grin and was all the more … END_OF_DOCUMENT_TOKEN_TO_BE_REPLACED

This post was originally contributed to me by Ms Asha Nayak   Mumbai’s romance with its Irani Cafés dates back to the early and mid-years of the 19th century. Irani cafés had begun to appear on the scene of Mumbai, then Bombay which was in the process of being metamorphosed into a financial powerhouse of the newly independent India propelled by the flourishing textile … END_OF_DOCUMENT_TOKEN_TO_BE_REPLACED

What is Racism? It is a term given to a belief, belief in which a majority of people possessing similar traits of belief over the other group in regards of their appearances. These appearances can correspond to their caste, color, origin, gender etc. It is nothing new, and is as old as our calendar. Also, it is not safe to say that racism doesn’t exist in any certain part of … END_OF_DOCUMENT_TOKEN_TO_BE_REPLACED

I did not appear suddenly. You failed to pay attention or listen when the Earth spoke with pain and cried out for help. You just refused to listen. There was terrible and massive flooding.There were burning fires, hurricanes and tornadoes. You still don’t hear the Earth, when animals and fish die due to ocean water pollution. There are cases of severe drought. Glaciers are … END_OF_DOCUMENT_TOKEN_TO_BE_REPLACED