You are here: Home / Entertainment / Top 5 Turkish TV Shows that are Internationally Famous 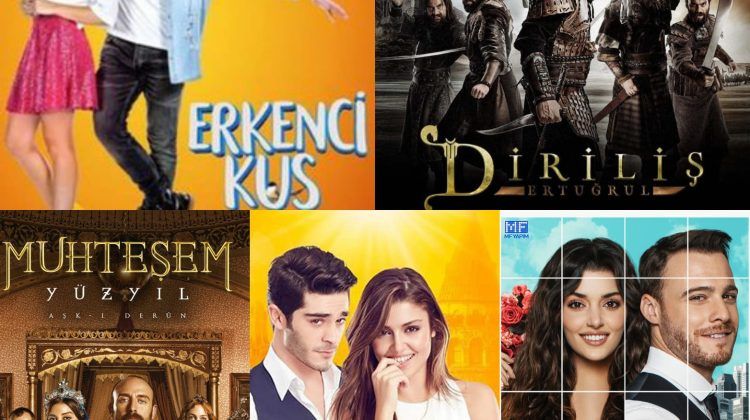 Just like every country in the last few years, Turkish dramas are taking over the world. They are dubbed in English too as the other countries won’t understand their language. Some of their TV shows are widely appreciated. Although many of you might have not watched it but, I am sure that you might have seen their ads on social media. I have a list of 5 shows which are internationally famous. Let me know if you have watched any.

The genre of this Turkish TV show is Romance and Comedy. It had only one season and had 31 episodes. The running duration of each episode is of 45 minutes. It was released on June 15, 2016, and ended on February 19, 2017.

Synopsis: Hayat joins a fashion company under a false identity, later on, she is drawn toward her boss Murat, who is attracted to her as well. Hayat has some secrets that could affect her career and her family.

The genre of this Turkish TV show is Historical, Adventure and Action. It had five seasons and a total of 150 episodes. The running duration of each episode is of 45 minutes. It was released on December 10th, 2014, and ended on May 29th, 2019.

Synopsis: As the holy acrimonious crusades swept through the Middle East, nomad Turkish tribes fought their way into the new promised land. A young but brave warrior, Erutgrul Ghazi, the son of Suleiman Shah after the death of his father had to take charge of the situation in his tribe. From crusaders to Byzantine, Ertugrul together with his companions strived through the bad doers. A huge problem showed up on the horizon. The malicious Mongols with the maverick Noyan in charge threatened their camp.

The genre of this Turkish TV show is Historical. It had a total of four seasons and a total of 139 episodes. The running duration of each episode is of 45 minutes. It was released on January 5, 2011, and ended on June 11, 2014.

Synopsis: This show is based on the life of the 10th Sultan of the Ottoman empire and Hurrem Sultan who was at first one of his many concubines and later on his legal wife. The series also focuses on the relationships between members of the imperial household.

The genre of this Turkish TV show is Romance, Family, Drama, and Comedy. It had only one season and 51 episodes. The running duration of each episode is of 45 minutes. It was released on June 26, 2018, and ended on August 6, 2019.

Synopsis: Sanem is a young woman who aspires to be a writer despite working at her father’s grocery store, she is forced by her parents to choose between an arranged marriage with her neighbor Muzaffer and finding a suitable job. Sanem lands a job at Fikri Harika, one of Turkey’s leading advertising agencies, where Leyla, her sister, is an executive assistant. She soon falls for her boss.

5. Sen Çal Kapımı (English Title: You knock on My Door or Love is in the Air)

The genre of this Turkish TV show is Romantic, Comedy, and Drama. It has two seasons and a total of 52 episodes. The running duration of each episode is of 45 minutes. It was released on July 8, 2020, and ended on September 8, 2021.

Synopsis: Eda, who pins all her hopes on her education, confronts Serkan Bolat, who has cut off her international scholarship, which leaves her with a high school diploma only. Serkan offers Eda to give her scholarship back on the condition that she pretends to be his fiancée for two months. Although Eda initially rejects the offer out of hand, she sees herself compelled to accept it when conditions change overnight. While pretending to be engaged, Serkan and Eda embark on an insanely passionate yet challenging relationship that will make them forget all they know that is right. Love may be difficult, but that is why it is so amazing.